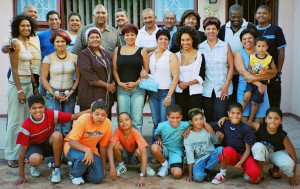 I do have one little question, if you don’t mind: which age of children do you spend the most time on/with (I know the balance thing—and I know what I do—but I want to hear from another mother with very special demands and a large family)?

With respect to the amount of time I put into each child, apart from caring for a newborn (which I don’t do any more, alas!) it pretty much goes top down (oldest to youngest).

That’s as a system. Obviously, the FEC can reorder priorities on a temporary or permanent basis, as needed.

Since you’re already aware of the important exceptions, let me illustrate the rule: Oliver (16) and Emma (15) receive the majority of my energy and time, with a Scholar Phase class. The girls’ club for Eliza (almost 11) and Sara (14 today) starts again for the season tomorrow, and with that going on I will feel more like I’m reaching the ones who are depending on me to progress academically.

Although everything is going really well, I have to be transparent and tell you that I spent a lot of time stressing over Ammon (8 in November) during the past 6 months, because I didn’t feel like he had much of a life and I was feeling like he wasn’t prepared for [an upcoming hallmark event].

But I felt comforted and chided at the same time the other night as Oliver was reading to the family—the Lord is working in Ammon’s heart, and He still has 2 months in which to finish His preparations.

I guess it comes down to doing the things that He tells me to, and letting Him provide the rest. It’s working!

When you have the right attitude and commitment, and you’re applying correct principles, time fixes just about everything.

You know—Trust the Process? I need to be reminded like everyone else.

It’s just hard to see my sweet little Ammon struggle with the difficult age of seven. He’s not precocious in his skills (same as a one of his older siblings at that age who now excels) and that leaves him with lots of time for play and work.

I’m supposed to be okay with that; but I found myself pretending he was in Love of Learning just because he was turning eight in November of this year. (Honestly! A birthday in November doesn’t even count for this year!)

I didn’t push stuff, really, but I did leave both him and me with a vague sense of failure—or at least frustration—because he wasn’t up for the whole fill-up-your-time-with-lessons-and-projects thing.

Am I dense? I cancelled the karate class, the math activity group, the science club.

I found that I was only planning those to salve my conscience for putting so much time into the older kids.

And anyway, he much prefers to work on his own with the dissection specimens we got him, or the books on anatomy, dinosaurs and space.

For the 15- and 16-year-old I was teaching a scholar class 10 hours/week (not counting the additional 15+ I put into preparation and mentoring) and running a girls club for the 10- and 14-year-olds to the tune of another 15+ hours per month).

It’s a time of intense mentoring on my part, and I sometimes look back nostalgically at the simpler times when my kids were all in Core/LoL.

While we still do family devotional and kidschool, my little ones aren’t having the same experience as the older ones did at their age. We never had evening commitments back then. Our house seemed so peaceful and controlled.

But, —just think!— at the same time, my older ones didn’t get what these young ones are getting, either.

Like Eliza being used by Emma to drill her in Latin vocabulary.

And all the younger ones being versed in Shakespeare and Austen because of their older siblings’ passions.

And Ammon’s late-night one-on-one talks with Oliver (when they’re both supposed to be asleep) about honor, power, chastity.

Like Meri, Hyrum and Abby having not only Mom and Dad to dote on them and think they are the cutest things in the world, but also having all the other ones up the line from them to come running when Meri’s stuck up a tree, or when the ants crawl up Hyrum’s shirt, or when Abby’s scared in the night.

Things were simpler before, yes.

But better? No way.

I wouldn’t trade for anything. Sigh.

I really do just need to trust the process, focus on what I feel inspired to do, and accept that what I can’t do isn’t on MY list (trusting that He puts it on someone else’s—hopefully His).