Changing the Landscape of Careers: The Weekly Mentor by Oliver DeMille

(What Every Parent, Teacher, and Student Should Know)

The Millennial Generation (born between 1982 and 2001) started entering the job market in about 2004. 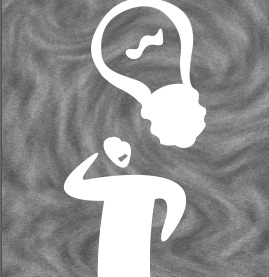 This shift is remaking the culture of work in some remarkable ways.

If you plan to have a job, a career, or own a business—or have children with such plans—any time between now and the year 2050, knowing the changing rules of the new economy is vitally important.

Here are some of the most important, as outlined by Abby Ellin in Psychology Today (March/April 2014):

Whether or not these traits last after the majority of Millennials have families, mortgages, and children to support remains to be seen.

Many articles and reports take a pessimistic view of this, calling Millennials entitled, disrespectful, unfocused, arrogant, disloyal, selfish, impatient, etc. But much of this may amount to typical older-generation concerns about the “young people these days.”

This is a pattern that has been repeated for generations.

Ellin’s view seems to be that the Millennial values are here to stay, that they are, in fact, an excellent match for the current Information Age.

“…Millennials’ behavior is totally functional for the world they inherited. They don’t respond to traditional hierarchical organization? Sorry, there’s no longer enough time for that. The economy demands constant innovation, and the ruling-by-iron-fist model is not nimble enough for reacting quickly. Millennials are simply trying to do better.”

These changes are now a reality, and they promise to increase for at least the next decade or two. Anyone hiring people during this time, or seeking a job in this environment, should understand these emerging new realities.

Though some people seem surprised by this shift in the economy, Alvin Toffler predicted these changes in 1980 in his classic book The Third Wave. He wrote:

“Built on the factory model, mass education taught basic reading, writing, and arithmetic, a bit of history and other subjects. This was the ‘overt curriculum.’ But beneath it lay an invisible or ‘covert curriculum’ that was far more basic. It consisted—and still does in most industrial nations—of three courses: one in punctuality, one in obedience, and one in rote, repetitive work.

“Factory labor demanded workers who showed up on time, especially assembly-line hands. It demanded workers who would take orders from a management hierarchy without questioning. And it demanded men and women prepared to slave away at machines or in offices, performing brutally repetitious operations.”

Sandra Tsing Loh called this “high class drone work,” the work done by many professionals and executives today—the very work some parents encourage their children to seek through private school and Ivy League education. In the new economy, it is becoming less desirable.

“To prepare youth for the job market, educators designed standardized curricula. Men like

Toffler went on to predict that the economy will change in drastic ways, and those who are prepared in their schooling for such industrial-age work will be limited to low-paying jobs.

The economy now increasingly rewards workers, leaders, and entrepreneurs with a totally different set of skills: initiative, independent and creative thinking, ability to work in and lead teams, and especially, in Toffler’s words, “self-starting entrepreneurialism.”

How to Hit the Target

This economy reward people who have learned—in and/or out of school—to be, in Toffler’s words:

The new economy “penalizes workers who show blind obedience,” as Toffler predicted it would. “It rewards those who—within limits—talk back.” It prefers people “who seek meaning, who question authority, who want to exercise discretion, or who demand that their work be socially responsible…”

The result is that most schools don’t prepare young people for success in the realities of the current economy and careers. To help youth become effective in highly-compensated work and entrepreneurship, schools need to train leaders.

That’s Leadership Education, and it is increasingly in demand in the emerging new economy.

If not, learn more about the needs of the new economy and how to prepare students for the new realities of career and the workplace. The economy they’ll face is very different than it was 20, 10, or even 3 years ago—but this isn’t a bad thing unless our youth fail to prepare.

To learn more about current trends and cycles that are reshaping our society and economy, take the online Current Events class taught by Oliver DeMille >> 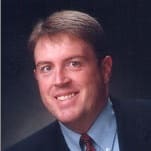