Language through the Phases, Part 1

I was just putting some polish on some incoming content for TJEd.org and my thoughts starting running on how we learn language. 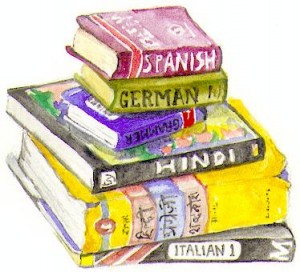 So, why do we learn language? Or, what does it benefit us to study language?

And how does the Why impact the How and the What?

The Basic Instinct of Language

First of all, from our earliest expression of primal needs, language is a necessity of survival. With those needs basically met, and as we mature, we begin to use language for a sense of connectedness. We use it to build rapport and relationships.

Next, it becomes a means to communicate—to make ourselves be understood. Next, it is a means to share information and to explore what is “out there”.

We use language as a means to develop ourselves and in the process of becoming. And we use language to impact that which is other: other individuals, and situations outside of ourselves.

While language is, and is for, all of these things, I think there is an even deeper level. The bottom line is, language is not only the vehicle of our thought, but the substance of it. It is very difficult to communicate a concept to an individual whose language has no word for it.

I can think of several words in Spanish, for example (estrenar, madrugar, velar, to name a few), that simply land it with two or three syllables. To say the same thing in English requires a mouthful of words, and never quite conveys the essence of it.

Alternatively, Hebrew has some words that, although less simple than their English counterparts, convey a treasure of nuance. For example: the verb, “to obey” is expressed roughly in Hebrew, “to hear the voice”. Our language is an intimate part of our culture, and our shared memory.

Language: The Repository of Stories

When Abigail Adams closed her letter to John (who was overseas on a mission of state) with the name “Penelope”, the reader is left with various levels of understanding:

1. Huh? What’s that supposed to mean? They were so weird back then….;

2. Interesting; I wonder who Penelope was…?

3. Penelope…. Wasn’t she a character in a Shakespeare play….?

4. Hmmm. Sounds Greek or something.

5. Penelope: the faithful wife of Ulysses who rebuffed her suitors to wait long years for the return of her beloved husband.

Knowing the story of Ulysses and Penelope makes a quaint reference into a beautiful expression of love and long suffering.

What a wealth is communicated with one word! And yet: even if we do know that #5 was obviously the most likely intended allusion, still we do not and cannot know what more it might have meant between John and Abigail. That private language is theirs, and only they can know the depth of meaning that was communicated in certain turns of phrases—or single words.

I have always been a student of language. 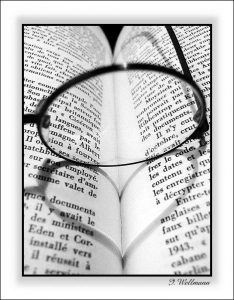 Not just as a person who speaks, but as a scholar and philosopher with a particular affinity and interest in words, ideas, and a passion for the means of communicating and impacting the world through them.

My interest in language has led me to be an instructor of language (Hebrew, Spanish and English), and my teaching experiences have been something of a lab in which my theories were born, experimented upon and evaluated.

Like everything else in my life, I have come to believe that the principles that are at work in the process of language can be seen expressed in other things, and and an analogy can sometimes teach us more than studying the thing itself.

For More on this subject, see “Language through the Phases, Part 2”.